Testimonial from the Managing Director of Pekway Corporation

Here are two letters given to me by Mr.Russell Urwin Of Pekway Corporation. These two letters should prove that I did work as Finance Manager of Pekway Group of Companies and also doubled up as project manager and constructed 120 units of houses in record time of 10 months as compared to more than two years by the builder and General Manager Mr.Ross Williams.

The first letter was given to me in September 1993 after 12 months of service showing the appreciation of the MD for my efforts. 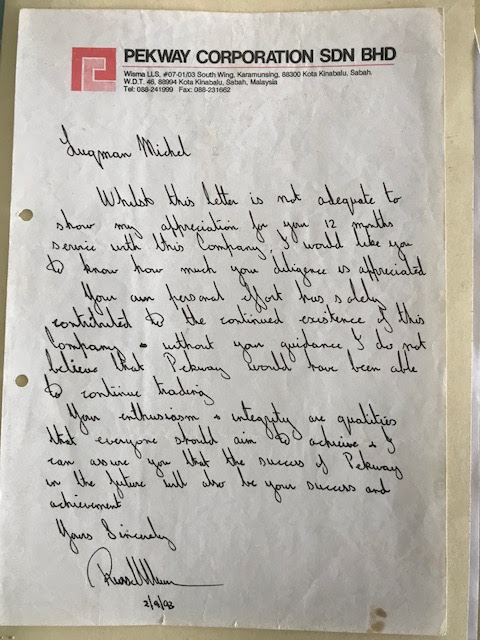 When I told the directors at a directors meeting that we should finish the 120 units of houses in Phase Three within 10 months, I did not expect it to fall on my laps. The MD, Mr.Russell Urwin, knew my ability and allowed me to be the project manager of the Third Phase. I did everything in my power and with God's help I managed to complete the project in ten months and made a profit for the company which was more than enough to recoup the losses of Phase One and Two.

The following letter was extended to me after I successfully completed Phase Three. 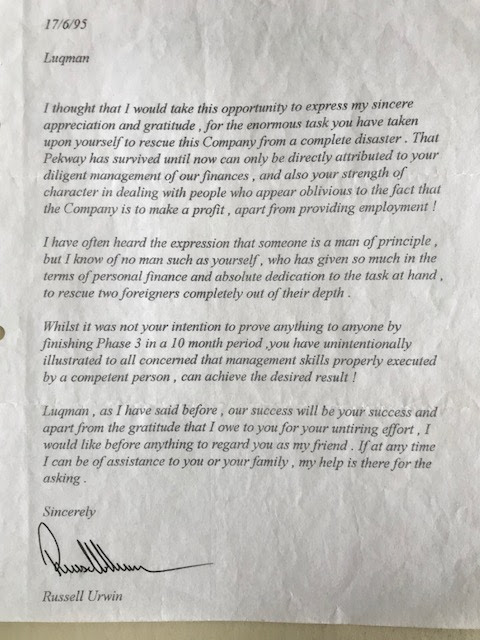 Posted by Luqman Michel at 4:16 AM No comments: